The Bagby Beer Company is both brewery and restaurant located right on the 101 in Oceanside. The building is a massive new construction that once was home to a car dealership. It is a multilevel, open space design with at least three bars, a tasting room and a restaurant. 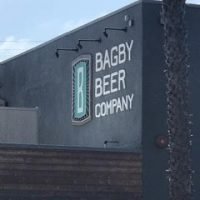 Bagby Beer Company was opened by a veteran brewer who appears to have spared no expense. I went one afternoon with a friend for lunch and we were both quite impressed with the menu and beer selection.  They also serve cocktails. We asked the server what was popular and he said everything. Ok, sounds like we can’t go wrong. So we ordered the Smoked Wings, Pork Belly Poutine, and Short Rib Tacos. 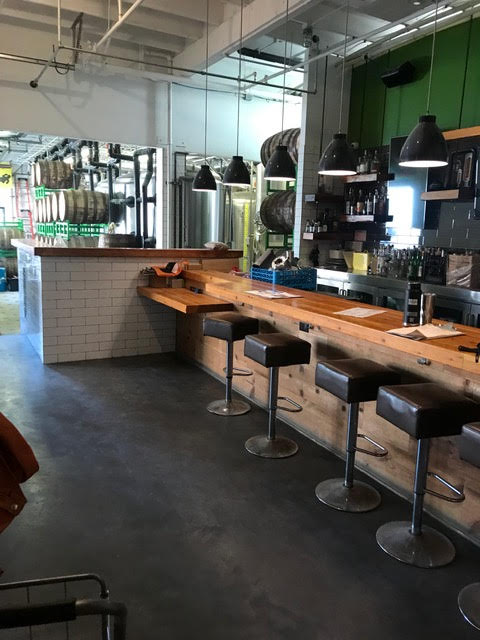 The Smoked Wings were good. They had a nice smoke flavor and were cooked perfectly but were surprised to find they were not served with carrots and celery.  Additionally, we both found the side of Blue Cheese Dressing to be rather watery.  The 6 wings didn’t last long and thankfully the Pork Belly Poutine was soon to follow. It was very decedent with a rich wine or beer flavored gravy. The tender pieces of Pork Belly went well with the Cheese Curds although we thought it needed more Cheese Curds. Overall was pretty tasty.  Last but certainly not least came the Short Rib Tacos. It is served with 2 Tacos, Black Beans and Tortilla Chips. They did not skimp on the meat which was perfectly cooked although could have used a little more seasoning. 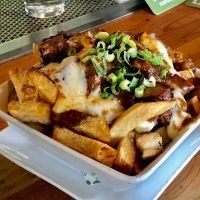 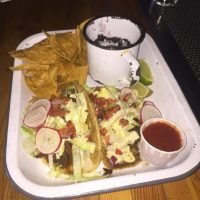 We washed it all down with a Pilsner and a Porter which were both delicious. We both agreed that the beers were the stars of the meal. They brew all their beers on site and will can beer fresh for you to take home. We thought that was pretty cool. 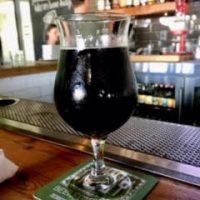 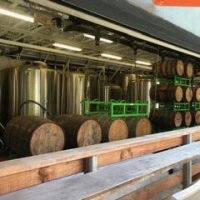 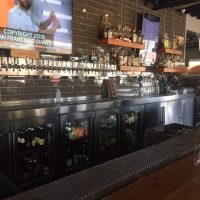 So definitely go give Bagby Beer Company a try. Then be sure to check out Ty’s Burger House, Sunshine Poke & Sushi Rolls, Tin Fish, and the Local Tap House & Kitchen.  Until next time… Happy Eating To Everyone!!

It takes less than a minute. If you already have an account login.

Enter your email address and we'll send you a link you can use to pick a new password.